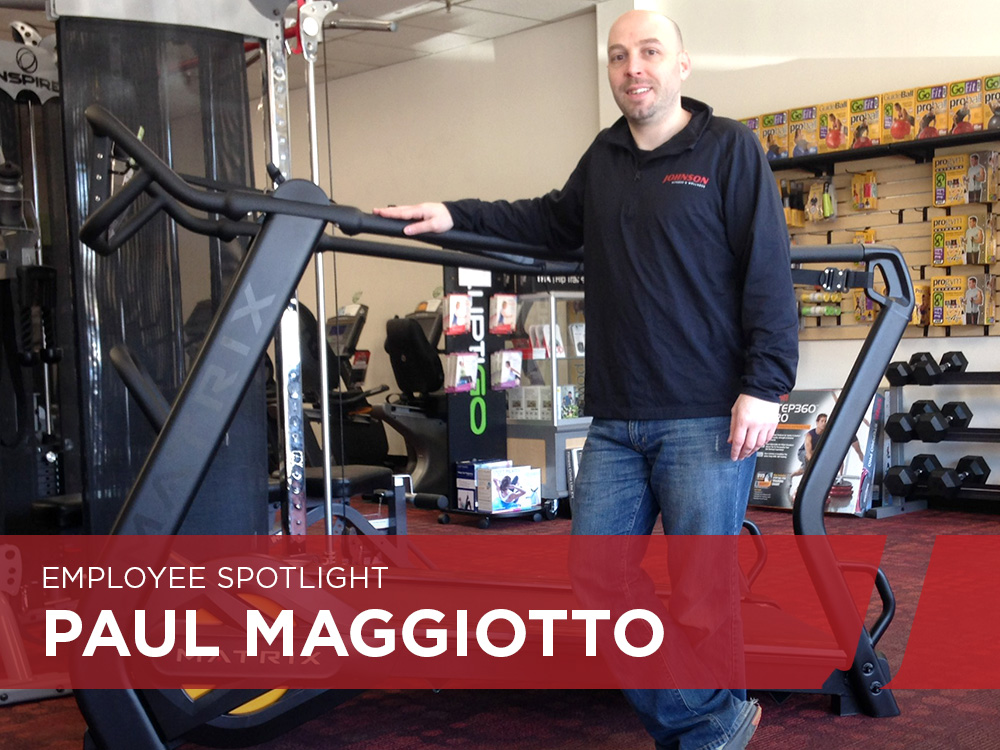 New York native Paul Maggiotto has been in the fitness industry collectively for eighteen years. Anyone who comes into the Westport store to talk about fitness with Paul can probably feel his excitement for the topic.

However, most people may not know that he took a brief break from the industry and actually worked as a sous chef for a number of years.

“As much as I love cooking, it was just way too stressful,” says Paul, regarding his culinary years. On top of the long hours that accompanies the restaurant industry, he also missed being able to interact with the customers. “Being in the restaurant industry, you can’t really talk to the people eating your food. I missed that face-to-face interaction and getting to know what people are about.”

His return to the specialty fitness industry was a welcomed change. While he still enjoys cooking, he finds that he has more time to enjoy all of his interests instead of just dedicating himself to one. With his spare time, Paul has taken up a variety of hobbies like running, playing a game of darts, and visiting amusement parks. And as a die-hard Yankees fan, working in the fitness industry can bring about some unforgettable moments.

“I got to meet Andy Pettitte (former pitcher for the New York Yankees) and spent two hours just talking to him,” gushed Paul. “He had no plans on buying and we were just chatting, but all of the sudden decided to buy multiple pieces of equipment from me in one breath. I’ll never forget that moment. Meeting somebody that I’ve grown up to idolize, in a way, and end up selling to them was by far the best experience.”

Besides having more leisure time and meeting famous baseball players, having a passion for what you do was an important deciding factor for Paul. “Being able to sell fitness works out a lot better for me than trying to sell something I have no passion for. That’s really why I went back into fitness. I wanted to sell something that I enjoy.”

As an avid runner, it may not come as a surprise that Paul swears by the treadmill. While he tried his hand with weightlifting, he says that prefers to run – and with the New York winters, it helps to have a treadmill. “There’s the most motivation on the treadmill. The belt is moving. Doesn’t matter the user level, it’s something you can progress into and kind of build up from there.”